HOUSTONIANS ARE BEING FLEECED!

Houstonians are being royally fleeced when it comes to what our tax dollars and donations are expected to buy in terms of a pet adoption facility.  I looked at another city that has recently built a new shelter to see how they compared and was shocked.

Dallas Animal Services built a new facility in 2007. Dallas spent $16.3 million dollars on their shelter and created twice the space of their old shelter. Dallas' new shelter has 800 cages.

Conversely, the city of Houston plans to spend $10-12 million dollars on the Gragg Park pet adoption facility, but it will house only 70 animals. That’s right, SEVENTY animals.

Let’s look at this graphically: 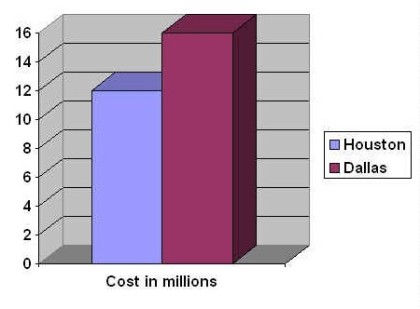 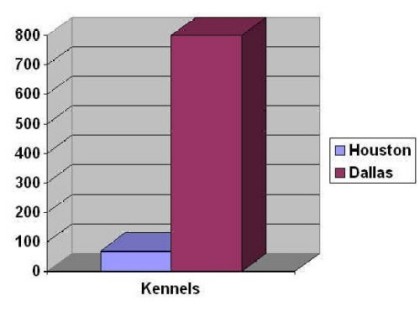 * Houston will get 70 more kennels.

Why is there such a HUGE difference in the number of kennels each shelter can house, but the costs for each are nearly the same?

In addition, considering that BARC currently kills between 1,500 - 2,000 pets every month (that’s 74 every single day), 70 kennels is a mere drop in the bucket compared to what is actually needed. Only 70 more kennels will not significantly help the situation at BARC.

City council is operating like Houston is a small town and BARC takes in only small number of animals. But, Houston is the 4th largest city in the US; Houston covers 600 square miles, has 2.2 million residents and, between its five kill shelters, is killing 80,000 animals every year.  It is imperative that city council think about saving shelter animals on a much larger scale. Seventy more kennels in a shelter that kills that many animals or more every single day, is NOT thinking on this scale.

As a taxpayer who will be funding this farce, I also find the numbers incredibly suspicious. A contractor that put in a bid to build 70 new kennels for $10-12 million was selected when Dallas built a shelter with 800 kennels for $16 million.

* Did city council not look at any other shelters in the country before choosing this contractor?  * Were any other contractors allowed to bid on this job?

* I have to wonder if another city crony is getting paid this outrageous sum of money that produced this miniscule result?

* Why is no one at the city questioning whether this choice is financially responsible?

* I have to wonder why the city recklessly spends our tax dollars in this manner?

The city leaders spending our tax dollars are not remotely concerned with the sheer number of animals being killed at BARC and the seriousness of the need there.  If they were, the number of kennels would have certainly figured prominently into the design of this facility.

Please send a letter to the mayor and city council asking them to reconsider the location for the planned adoption facility on Wayside.

We have created a letter to make it really easy.

Petitions by Change.org|Start a Petition »